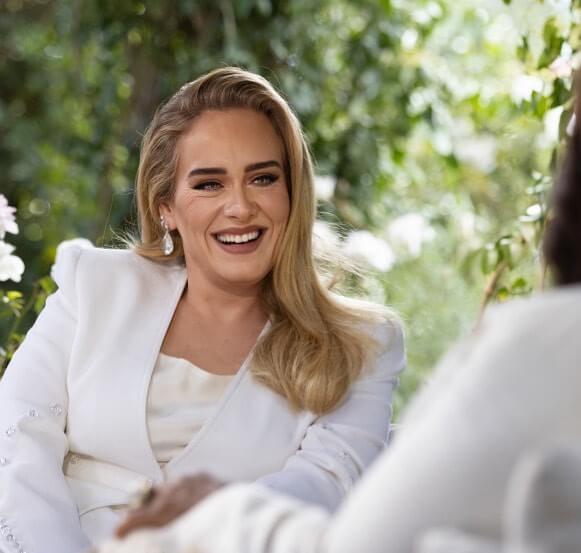 Adele spoke candidly about the changes in her life and more in her interview with Oprah Winfrey.

The singer said that the divorce from her husband Simon Konecki was a very difficult period for her. She shared that she felt confused and “embarrassed” that her marriage didn’t work.
Although, even though the singer’s marriage fell apart, Adele spoke very positively about her ex-husband, with whom she has a 9-year-old son, Angelo.

“I think Simon probably saved my life, to be honest with you, He came at such a moment, where the stability that him and Angelo have given me, no one else would ever have been able to give me.” the singer was frank.

RELATED: Adele confesses about her mental health problems due to the divorce from her husband

Also, during the interview, the star shared that she had difficulties with alcohol and, however, overcame this bad habit. According to her, giving up alcohol gave her the opportunity to get to know herself better.

“But you know, once I realized that I had a lot of work to do on myself, I stopped drinking and I started working out lots and stuff like that to keep me centered,” Adele added.

One of the obvious changes that happened to the singer was her weight loss, which was widely discussed on the Internet by her fans.

However, according to the star, she decided to start being active, not out of a desire to lose weight, but because she experienced increased anxiety, which she suffered during the divorce.

“(Working out) was about my anxiety, mainly. I had the most terrifying anxiety attacks after I left my marriage – it made me so confused and made me feel as if I had no control over my body, ” Adele shared her experience.

“I noticed how much I trusted my trainer’s presence when I was feeling so lost, but also I didn’t have any anxiety when I was out at the gym, It became my time – me having a plan everyday when I had no plans. “ the singer said.

A special place in the interview was taken by the topic of her boyfriend Rich Paul, with whom she initially hid the relationship.

Adele noted the special place of this relationship for her it’s the first time she’s “loved myself and been open to loving and being loved by someone else.”