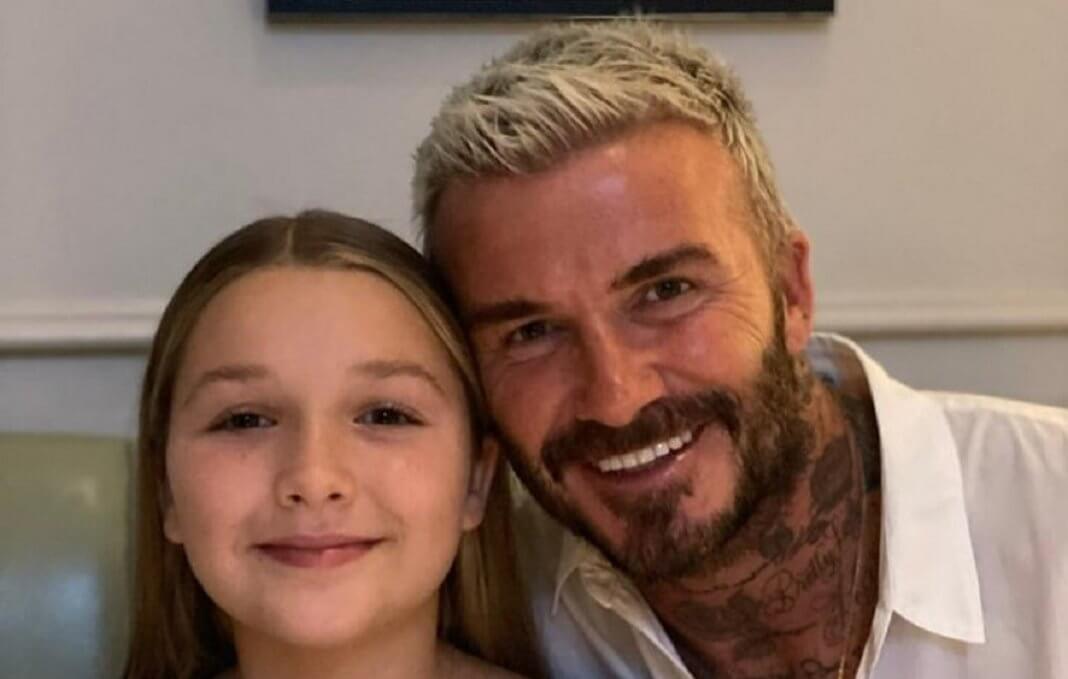 David Beckham shared a new photo of his only daughter, celebrating her achievement in sports. Harper Seven won a silver medal in a martial arts competition.

The famous football player David Beckham and his wife Victoria are raising three sons and a daughter. All the heirs of the famous couple lead an active life, devoting all their free time to their own hobbies. Romeo followed his father and has already signed his first professional contract with a football club.

His daughter Harper Seven is fond of martial arts and recently already achieved some success.

David posted a new photo of Harper on his Instagram account showing off her success. In the photo, David’s followers can see Harper posing in a white kimono and wearing a silver medal.

Victoria also joined in the congratulations.

@victoriabeckham: “Harper Seven you are a legend!!! We are so proud of you x”

Friends and fans immediately reacted to Harper’s success. They congratulated Harper and motivated her to win a gold medal next time.

The legendary footballer also posted a #DayOfTheGirl post and expressed his admiration for women who achieve their goals, including his daughter.

@davidbeckham: “Today on #DayOfTheGirl, I’m celebrating all girls around the world who are breaking down barriers and working hard to make a positive change. These girls make me so excited about the future ahead and the inspiration my daughter Harper Seven has because of their determination.”

Previous articleHow to restore your nails after having fashionable nail art!
Next articleWhat food affects your teeth color and gives you bad breath?