What different mental health issues are there? 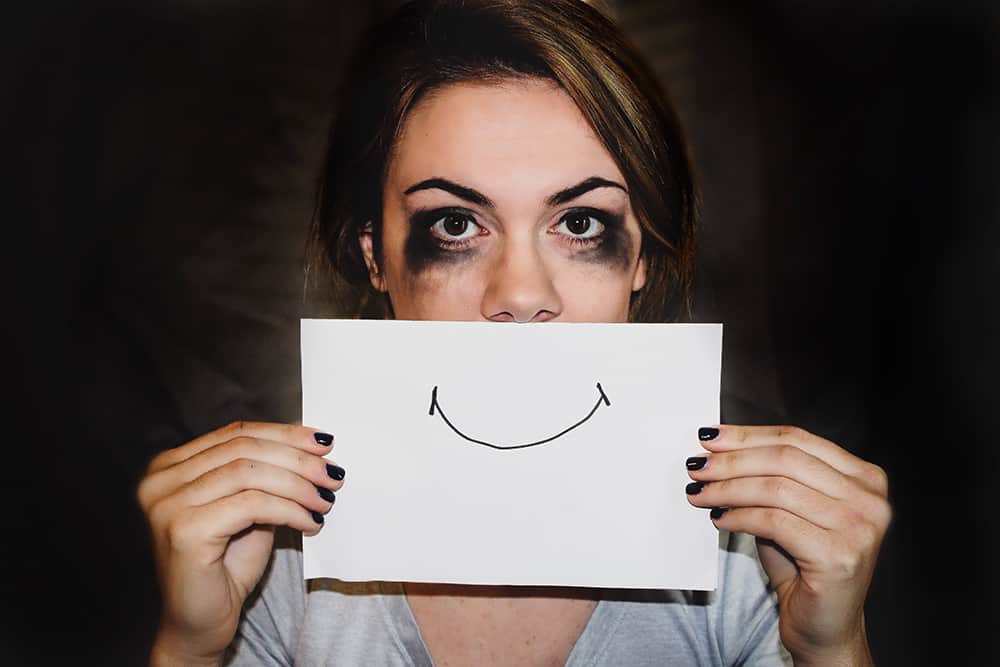 What different mental health issues are there? All of our lives, we’re made aware of the importance and value of our health. When we’re sick, we have to say home from school. When we break our bones playing soccer, we go to the doctor. As we get older, we learn to eat right, exercise, get enough sleep, and drink enough water in order to maintain our bodies in as good of physical health as possible in order to live long, happy lives.

But, unfortunately, the same doesn’t go for a different yet equally important facet of our health – mental health. Often times, as kids, when we cry, we’re told to stop. We’re made to feel ashamed or embarrassed about having feelings like sadness or anxiety. We hear about more serious mental health issues, like addiction and personality disorders, only in hushed tones when those around us talk about other people, the ones we should be concerned about, like the homeless people in the city or the crazy people on TV.

But mental and emotional health shouldn’t be any harder to talk about than physical, and we shouldn’t be any more hesitant to take care of it when problems arise. In the interest of learning and awareness, this article offers some mental health facts as well as examples of mental health conditions in order to try and help answer the question, “What is mental health and wellbeing?”.

What Is Mental Health?

Let’s start with the bare basics: what is mental health? Most of the time, when people speak about mental health, they’re referring to general emotional well-being. When you’re mentally healthy it means a few things, including that you don’t have a mental illness. Additionally, it also means you feel like you’re doing well, that you’re in control of your life, that you’re independent and competent, and capable of meeting your potential. Mentally healthy individuals get along well with others, play a role in their family and community, and can deal with the normal hardships and stresses of life.

If you’ve ever found yourself asking, “Why am I always anxious?”, it’s possible that you have an anxiety disorder, which is when you have frequent, intense, or inappropriate feelings of anxiety and fear. These feelings often manifest as physical symptoms such as rapid breathing and increased heart rate.

While depression is generally more complicated than people realize, it can be simplified as a disorder that includes a sad and depressed mood and a loss of interest in activities. Thankfully, levels of depression awareness have gone up in recent years and people are getting more comfortable talking about and seeking treatment for it.

Characterized by alternating periods of mania and depression, or intense highs and lows, nearly 3% of American adults have bipolar disorder, of which there are two types. Bipolar I includes manic episodes while bipolar II includes hypomania (euphoria and unusual behavior) and major depression.

While most people think of anorexia nervosa when they think of eating disorders, there are actually a range of conditions under this umbrella, all of which involve abnormal or disturbed eating habits. This includes bulimia, orthorexia, and binge eating disorder, among others.

It’s all too common for people to throw around the term “OCD” when they’re referring to being highly organized and clean, but obsessive-compulsive disorder is actually so much more complicated than that. Sufferers have repetitive thoughts or perform repetitive actions without being able to control it.

When a person experiences or witnesses one or more traumatic events, the memory may trigger flashbacks, nightmares, uncontrollable thoughts, and anxiety. This is called post-traumatic stress disorder, or PTSD. Stereotypically, this is something that soldiers coming back from war suffer from, though the reality is that anybody can experience it.

Stress is defined as a feeling of emotional or physical tension triggered by a stressor, something like an upcoming test or a difficulty paying the bills. To a certain extent, stress is just a part of everyday life, and types of it can even be good for us. On the other end of the spectrum, stress can cause symptoms such as sleeplessness, anxiety, nausea, and pain, among others.

When a person experiences a psychologically distressing event like abuse, accidents, or a natural disaster that they don’t know how to cope with, they may receive damage to their mind, also known as trauma. This is a tricky issue because a lot of the time people don’t realize they’ve experienced trauma, although its effects can last for years and cause unexpected symptoms such as numbness, headaches, weight gain, and high blood pressure.

At one of its most extreme forms, mental health problems can manifest as suicidal feelings, or the desire to kill oneself. Not everybody with suicidal feelings acts on them, though the unfortunate reality is that many do. While suicidal feelings are often a symptom of depression, there are also many other causes, including medication side effects and bullying. If you ever feel like you might want to kill yourself, it’s critical you talk to somebody about it as soon as possible.

Why Is Mental Health Important?

Mental health affects everybody, at every stage of life, from childhood to late adulthood. Just as it would be difficult to have a happy, fulfilling life with untreated physical problems, the same goes for mental health issues. If you cut yourself chopping onions, you would treat the bleeding. If you have a heart attack, you’d take it seriously. This is because you understand that not doing so can potentially harm you and damage, if not threaten, your life.

Mental health is no different. It’s just as wide a range and spectrum of issues, ranging from common and easily treatable to serious and life-threatening. It is something that impacts our lives every single day and that plays a huge part in who we are, what our lives look like, and if we’re living how we want to. Like headaches and cancer, mental health problems and illnesses don’t discriminate: they can happen to anybody. However, you can take control of your mental health by being aware of it and dealing with problems appropriately when they come up.

You already know that there are a few important things everybody has to do to stay physically healthy, like brushing your teeth, getting sufficient exercise, eating healthy, and so on. Similarly, there are actions you can take to maintain your mental health in its best possible state. In fact, a lot of them are the same as the ones that make you physically well, like getting enough sleep and exercise. Additionally, your mental health will be at its best when you have a strong support system, address and express your feelings, and maintain a healthy social life, among other things.

If you have mental health issues that are more severe or prolonged or interfere with your ability to lead your life as you’d like to, it’s important to see a professional about it. You can bring these issues up with your family doctor or general practitioner, as specifically seek out a psychiatrist or psychotherapist. There are professionals whose job is to diagnose and treat mental health issues by using such treatments as medication, talk therapy, and group therapy.

If you do find out that you have a mental health disorder and need to take medication or go to therapy, there is absolutely nothing to feel ashamed of. In fact, the more you’re open about it, the more you’ll contribute to creating a world in which everybody understands that mental health is just as important as physical health and that mental illnesses are no more shameful or to be blamed on the individual than having the flu or needing a kidney transplant.

Previous articleWhat is the importance of food?
Next articleParenthood is a tricky subject what type are you?