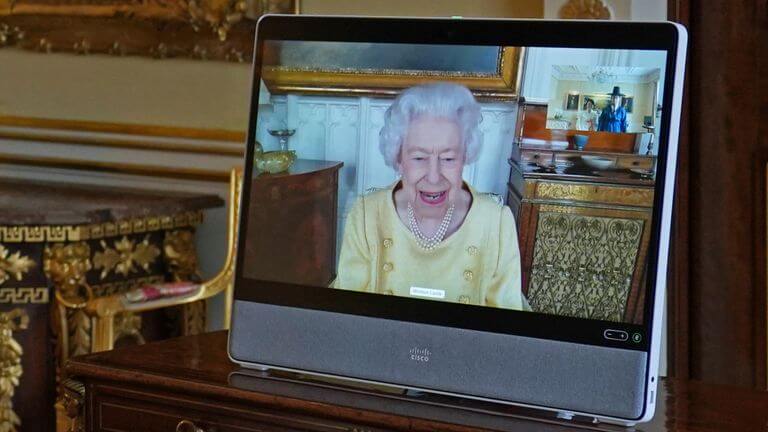 Queen Elizabeth II will not visit Glasgow, Scotland for the upcoming COP26 climate conference. The Queen was set to make an appearance with other world leaders, including Prime Minister Boris Johnson and President Joe Biden. She has now cancelled and will rest from the advice of her Doctors. This is the second time in recent weeks the Queen Elizabeth has cancelled an appearance. As questions loom over her health.

The Palace have revealed a statement

The Palace have released a statement: “Her Majesty has regretfully decided that she will no longer travel to Glasgow to attend the evening reception of COP26 on Monday, 1 November,”.

However, she will “deliver an address to the assembled delegates via a recorded video message.” However, Prince Charles, Prince William and Kate Middleton are still scheduled to attend the Glasgow climate summit.

The Queen and Prince Phillip

“The queen says she’s fine and doing well, but she’s said that before, so naturally [the family is] concerned,”. “They’d been urging her to take it easy for months.”

“She’s not a quitter and will continue working. But is handing over some of her duties to Prince Charles and son Prince William,”. “The Queen is preparing them to take over.”

After the Queen lost her husband Prince Phillip aged 99 earlier this year. Speaking at the parliament’s opening ceremony in Edinburgh, Scotland she said:

“I have spoken before of my deep and abiding affection for this wonderful country. And of the many happy memories Prince Philip and I always held of our time here,”. “It is often said that it is the people that make a place. And there are few places where this is truer than in Scotland, as we have seen in recent times.”

Kate Middleton and The Queen

Kate Middleton and The Queen have a great relationship and a source revealed: The two “have been talking more than ever since the Queen’s health scare,” “ and they have been sharing one-on-one phone conversations.” Prince William and Kate’s children “George, Charlotte and Louis made ‘get well soon’ cards,” the source has revealed.

Previous article
How to use a solarium safely to get a tan?
Next article
What to Do if Water Gets in Your Ear?