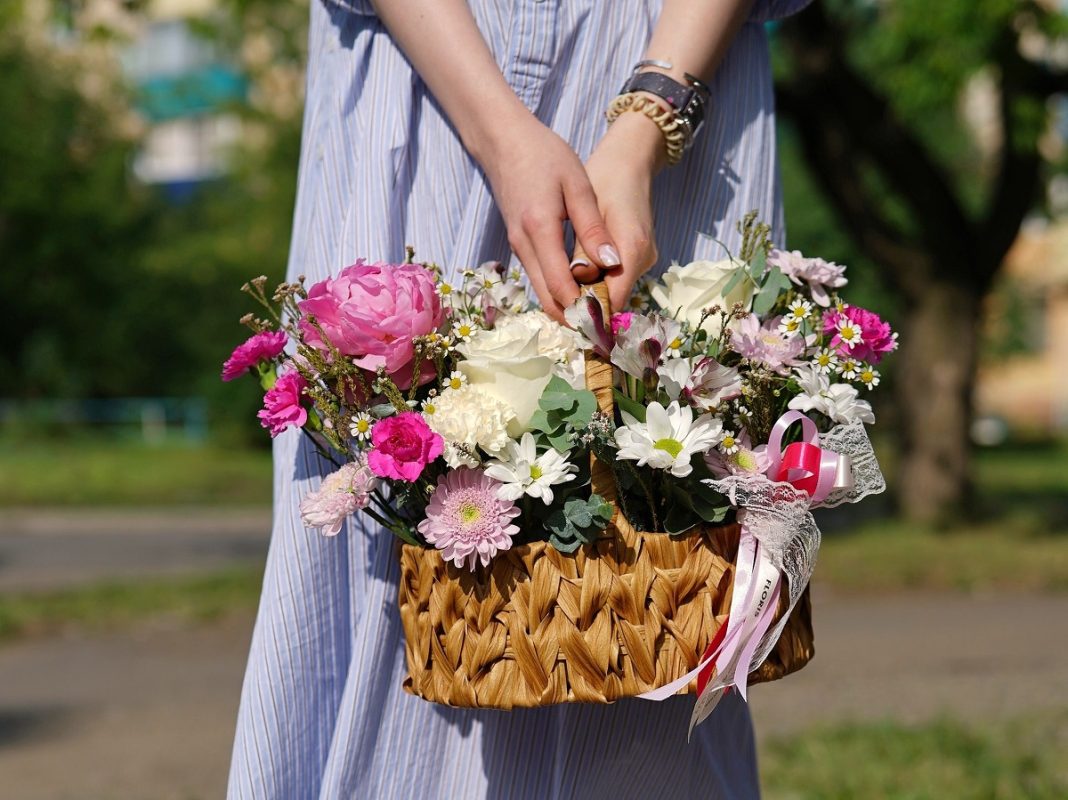 The signs of the zodiac and stones are most often associated with a date of birth, but did you know that there are still flowers of the birth month? By flower horoscope, every month has its unique flower and meaning. Did you know that each person carries the character traits of a particular flower?

Not many people know that there are symbols for each month of the year, and each flower talisman has meaning.

The creators of such a horoscope are druids, and their knowledge has survived to this day in many cultures. Using this knowledge, it is easy to find out which flowers to choose for your flower for garden or a bouquet.

If you believe the teachings of druids and astrologers, then a tree or flower can become your assistant who will not only bring joy but will also give inner power. There are a lot of options in the flower horoscope and some are surprised to find that their favorite flower corresponds to their date of birth.

And if according to the horoscope, your flower is not the one you like, maybe this means that you need to take a closer look at it.

What is your flower … delicate, prickly, fragrant, or poisonous? It depends on the day you were born!

A common symbol of a birth flower for July is a Delphinium or Larkspur.

Although below we will look at the data of the flower horoscope and see that the flower symbols of those who were born in July, as well as other months, are slightly more.

But, let’s get back to July and Delphinium, especially since these amazing plants are shrouded in beautiful legends.

This is a flower of mature summer, they are beautiful, and legends about them are sad.

The Legend of the Sculptor

One greek sculptor has lost his beloved woman. He was inflamed with anger and decided to contrary the fate. He had carved her out of stone and breathe life into his creation, like Pygmalion.

The statue of his beloved got alive…

For his audacity, the young man was punished by gods and turned into a dolphin.

Every evening, a girl who was a stone statue came to the seashore. It seemed to her that she should meet her lover and creator there, and then one day a dolphin appeared from the abyss, put blue larkspurs which blooms resembled small dolphins, and disappeared forever…

The legend about Ajax

Greek mythology considered the Delphinium a flower of sadness, which absorbed the power and madness of the hero Ajax.

In this Greek legend, Ajax is the name of two participants in the Trojan War, applicants for the favor of Elena. Near Troy, Achilles, the son of Peleus and the Marine goddess Fetida fought. Mother gave Achilles magnificent armor, poured by God Hephaestus himself. The only vulnerable Achilles’ place was the heel, for which Fetida held him as a child when she decided to dip the baby into the sacred waters of the Styx River, thus giving him invulnerability.

It was in the heel that Achilles was struck by an arrow launched by Paris from a bow. After the death of Achilles, his legendary armor was awarded to Odyssey, not Ajax Tselomonid, who considered himself a worthy hero after Achilles. In despair, Ajax rushed at the sword, and drops of the hero’s blood fell to the ground and turned into beautiful pink Larkspur flowers.

The Meaning of Larkspur Flower

The July flower is a Delphinium or Larkspur, well known in the wild nature of Asia and Europe. Due to its bright color, it was used for staining. Larkspur is a rather dangerous poisonous plant that was previously used to protect against insect bites.

Even though the Delphinium is poisonous, it is very actively grown by gardeners and is used in bouquets. Larkspur is a known symbol of a positive attitude and an open heart.

You might be interested in knowing not only about your birth flower but also about the beautiful symbols of your loved ones and friends, so let’s find out which flowers are the symbols of other months of the year.

“Dandelions” do not like gray days and therefore they try to decorate them with non-standard acts and funny jokes.

Noble and sincere, It is completely impossible to persuade them to do vile deeds.

Edelweiss are freedom-loving and generous optimists. The monotonous course of life simply kills them. They are smart, rational, and prone to careful planning.

“Gentian” is introvert and altruist. These people are kind but still prefer to “love” others at a distance. They prefer to live so that thanks for good deeds are sent to them by email.

The “Thistle” is temperamental and prone to anger. They are well versed in people and their actions. At the same time, such people are very retreating and always try to balance.

They like to help other people for free. The floral horoscope says that these people love to correspond to fashion.

This is not a flower, but a tree is a rare guest in a flower horoscope. “Mistletoe” attracts attention, but cannot stand the competition in his personal life.

Under this cute name is hiding a very pretty, but dangerous plant. Such people are very attractive, but getting closer to them is not so easy. At the same time, they are not characterized by delicacy, they always directly say what they think.

“Mimosa” is a very tender person. Such people cannot stand loneliness. However, they can make decisions with lightning speed. And this is one of the most touching flowers in the floral horoscope.

The floral horoscope assures us that “poppies” are usually mysterious and conflicting personalities, which gives them great pleasure.

“Lilies” are very mysterious, and their true thoughts and feelings remain a mystery even for the closest people.

Such people are usually decisive and uncompromising. They are leaders, but they take too much responsibility for other people.

These people may seem somewhat frivolous, they may have a lot of affairs and love big parties. Or maybe it is just beneficial for them to envelop themselves with such a role?

“Hydrangeas” like to think good about people, but I don’t like to be disappointed at all. Therefore, such people allow only the elect by themselves.

The “dahlias” seem contradictory to many, but in fact, they are simply multifaceted natures.

These people are dreamers, they prefer to spend most of their lives in their own world.

Usually pessimists with an explosive character, so they constantly expect some catch from life, so they prefer to beat for defeat in advance.

“Chamomiles” is charming, simple-minded, and unusually sweet, as well as non-polar and very naive. Maybe! They can only pretend to be like that.

A very interesting flower! “Bellflower” do not like any changes. Such people try to choose a house, profession, and a loved one once and for all. And then enthusiastically and perseverance begin to improve all this and bring to ideal. And oddly enough ….. they get it!

Friendly and modest and having the gift of seeing something good in everyone. They are so responsive and kind that even villains try to stay away from them so that the “Marguerites” could not convince them to become good.

“Tulips” never deny themselves anything, but at the same time, they manage to deftly avoid any blows of fate. They are not against extreme and will not let their loved ones get bored.

The “Water Lilies” have a light character: such people are sure that everything will be fine and it does not need to worry about failures. They are open and disinterested, so others can complain to ” water lily” about their life problems, as they know that “lily” will listen and sincerely sympathize with them.

“Violet” is a harmonious person. Such people are firm in beliefs, but not aggressive; friendly, but not trusting; demanding, but not boring; They are honest and fundamental.

The “rosehip” is a stubborn, uncompromising, and aggressive thorn … But only externally! Inside, this is a sensitive and vulnerable flower. Such people need peace and freedom! Then the thorny “rosehip” becomes tender and caring.

“Sunflowers” are very purposeful and ready to overcome any obstacles. Such people will find their “place under the sun” under any conditions while remaining cheerful. The main thing, you should not forget to praise them!

Queen of flowers! “Roses” are confident in their uniqueness. These people have a lot of positive qualities. They could be so grateful that other people try to do as much as possible for them.

Amazing “Delphiniums” are very demanding on others and condescending to themselves. They sincerely suffer, observing the imperfection of this world, while they do not pay attention to their shortcomings. If the “delphiniums” discarded laziness, then they can achieve any goals, even incredible ones!

Honest and not shy about saying what they think and are not afraid to seem sharp. It is difficult for them to understand that all people are different and their opinions may not coincide.

Charismatic and have an amazing sense of humor. Communication with “Asters” charges vital energy.

Smart and erudite, but at the same time, they are panicky and afraid to lose control of themselves and break their ideal life order.

Brave and have a rich imagination, a passion for adventure, and incredible artistry.

Amorous and often look at life with children optimism.

“Freesia” can manipulate surrounding people. They know how to hide their feelings. These people believe that there are two opinions: their and the wrong one.

Mystical thinkers, and what is interesting, they are rarely mistaken!

They are faithful and honest friends. At the same time, these people have a lot of friends, and they sincerely love everyone. This is the secret of their life success – as soon as they got problems, the crowd of best friends immediately saves the “Peony”.

Hardworking, reinforcing, and persistent, although they do not like to learn from their mistakes.

Previous articleThe Different Types of Remote Healthcare and How They Can Help
Next articleMay Birth Flower: Find Out About Your Flower Horoscope!