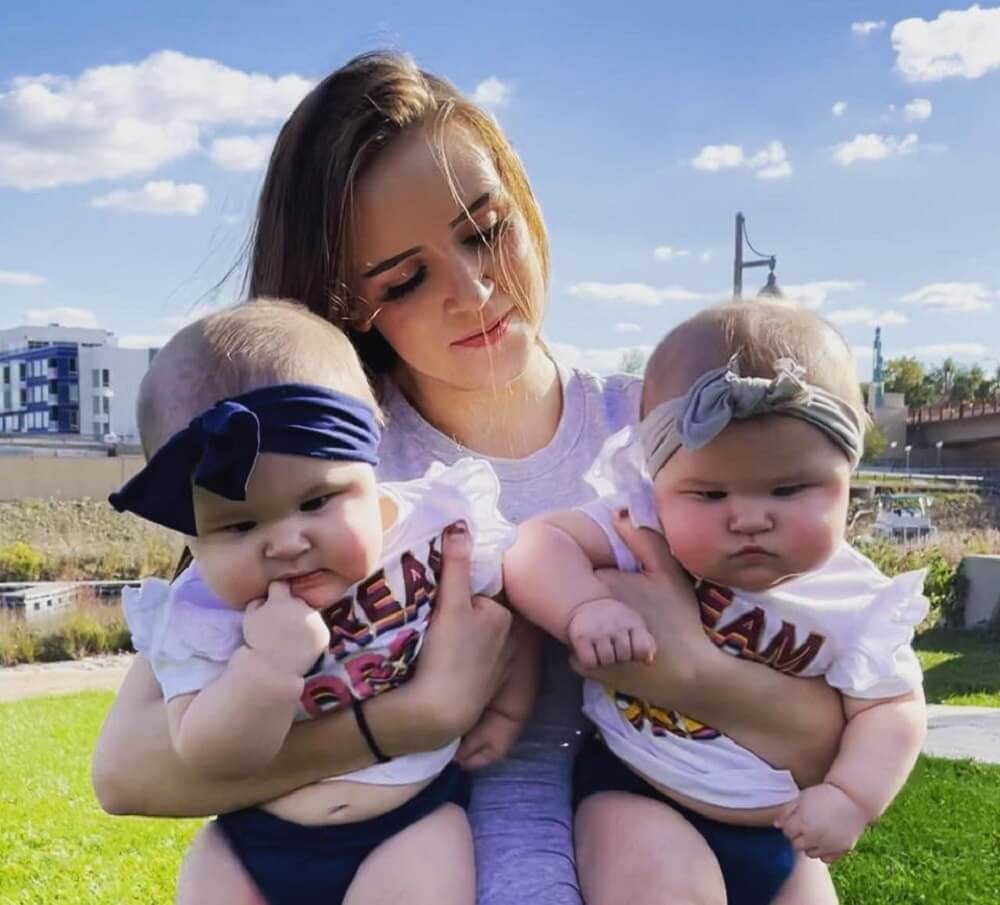 Alexis LaRue, 22y.o. and her 7-month-old twin babies Camila and Elena have attracted a lot of attention from the internet.

The thing is, LaRue is 5’3 ” and 105 pounds, while her babies weigh almost 21 pounds each and are in the 98th percentile in height.

“Nobody believes they are mine!” LaRue, told the source “TODAY“.

LaRue, who shares Camila and Elena with her fiancé Leo Mejia, posted videos on TikTok of her holding both girls with one hand. However, this proved to be a difficult task for the young mother.

On her social media LaRue said that it is quite difficult to hold her babies in her arms for a long time, which causes her back pain.

In her TikTok LaRue, talks about her experience of motherhood. Her videos are gaining millions of views and many admiring and positive comments, but not all. Some social media users write sometimes harsh and sometimes even offensive comments.

Also, the mother of the twins noted that due to the fact that she is so petite, twin babies Camila and Elena look even bigger than when they are in their dad’s arms.